When you book with an account, you will be able to track your payment status, track the confirmation and you can also rate the tour after you finished the tour.
Sign Up

Or Continue As Guest

When you book with an account, you will be able to track your payment status, track the confirmation and you can also rate the tour after you finished the tour.
Sign Up
6

Why Book With Us?

Do not hesitage to give us a call. We are an expert team and we are happy to talk to you.

Transfer from airport, check-in in a hotel

10h-14:30h
Belgrade sightseeing
Belgrade, the capital of Serbia, situated on the confluence of Sava and Danube, is where the first European civilisation was born – Vinča, which is some 7,000 years old. Due to its geographical position, connecting Central Europe and the Middle East, Belgrade became a true mosaic of cultural influences, from Roman, Byzantine, Hungarian, Serbian, and Ottoman cultures. Belgrade is also one of the most conquered and most frequently demolished cities in the world.

You will learn about the history of Belgrade and the most well-known city landmarks while being accompanied by a professional tourist guide. You will see the center of Belgrade, the parliament building, and the building of the Government of Serbia. The ride will continue along Nemanjina Street, which hosts buildings built at the beginning of the 19th century when Belgrade architecture was at its peak. Nowadays, the remains of the Ministry of Defense are there too, which was bombed by NATO in 1999.

We will visit the House of Flowers and the Museum of Yugoslavia, where the grave of Josip Broz Tito is located. We will also enter the Church of Saint Sava, the largest Orthodox church in Balkan.

Lunch will be organized at 15h in a restaurant in the center of Belgrade. The afternoon is free.

Optional excursion
Dinner and cruise on the Danube

8:30h
Departure from Belgrade
We will visit the center of Novi Sad, known for its beautiful architecture and a cathedral dedicated to the Mother of Jesus. Then we will go to the Petrovaradin fortress, which is second in size on the Danube, being built by prominent names of the military architecture of the Habsburg monarchy.

We will pause for lunch in the most well-known restaurant on the Danube’s shore, where you will enjoy domestic specialties and fish dishes made in the traditional way.

At 18:30h, we will start towards the Fashion Park Outlet Inđija. After shopping, we will return to Belgrade.

10h
Knez Mihajlova and Kalemegdan
On a walking tour led by a guide, we will visit the center of Belgrade, strolling through the Knez Mihajlova Street (pedestrian zone) known for its cafes, restaurants, shops, and shopping centers. At the end of this street, we will reach Kalemegdan, a famous park and fortress. You will hear about the history of the city and the fortress.

Kalemegdan is located at the confluence of Sava and Danube, where you will have the chance to enjoy an amazing view. Apart from being the most visited tourist location in Belgrade, the fortress is a kind of oasis in the city center and a favorite place for rest and recreation of many Belgraders. It is also the most important cultural and historical complex in the city.

Skadarlija
After meeting in front of the hotel, we will walk to Skadarlija, an old bohemian quarter in Belgrade. There you will enjoy a dinner, tasting traditional meals and hearing the sounds of trumpet orchestra, which is a tradition in our kafanas.

Free time in Belgrade till your flight, transportation from hotel to the airport. 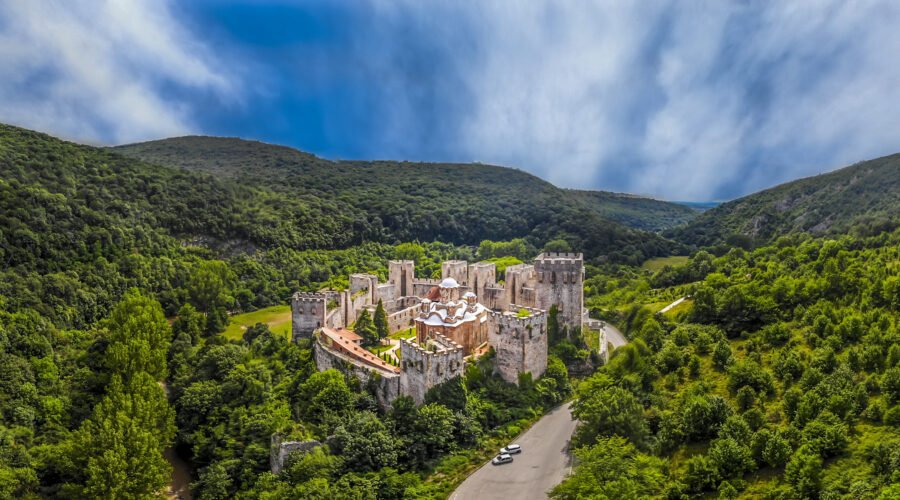